Hello you strange and quite possibly scary internet person you!

What you will find here is a sample of my creative mind hard at sleep along, possibly some updates on my other hobbies, interests, and of course my never ending periods of writers block.

Hopefully something here will interest you. If not...well. Sod off!

Herein you will find links to my stories, and possibly some abortive attempts at writing. Most are too long to paste into these boxes, so links and updates will have to suffice!

The commission is complete, and the client is happy (from what I can tell!). I wasn't very confident about it, but it seemed that it's gone down well - which makes me happy! Still a little nervous about its quality, but meeeh. What can I do!

It means I'm going to be open again, but for a while only short-short things. I need to get back in touch with editing The Fall of the Ascended (yeah, that's right - I've given my novel a working name 8D ).

I've left Mariya and co alone for far too long and I feel like they're starting to fall out of my consciousness. Which is bad! They need to be fresh and vibrant once again and so it's back to being an editing-drone!

I feel pretty bad about this.

I've had a writing commission sat on my desk for something like three weeks now, perhaps even a bit longer. It's not been a very successful turn around by me. First I was ill, which killed any sort of creative drive stone dead then came that most horrible of horribles.

Usually I can just plough on through and force myself to write. But this time I reached a total impasse. I'm somewhat on target now...well, in that I'm actually writing. Sadly I'm just not feeling that creative spark right now.

The commissioner has been very understanding so far, but I still feel bad for not providing anything sooner.

The good news is that I got the positioning sketches through from the newly commissioned picture and I love it! I'm giddy and excited, as ever, when it comes to seeing those silly pictures in my head brought to life.

Turns out most of my writing isn't gonna cut it for e-publication without serious sanitising! Which kinda defeats to point of the stories I guess! Non-con/dub-con is a No-no for e-publication in the erotica field it seems!

In other news, there's a picture of Mariya and Vestae together in the works...I'm excited :D

I was on track and super excited about getting my first e-book ready. I had an artist I really like working on two covers for the two different novella length chapters...then the artist actually read the story and decided that they didn't want to be associated with it.

Which I get. I can't say I'm pleased or happy about it. But I get it, the story is extensively Non-Con and although has a pay-off, it's all pretty harsh.

But now I'm up shit creek sans a paddle.

I am back to square one and in need of an artist I like...again...who won't mind illustrating that sort of thing.

Well, started work on another writing commission today. It's a biggy (well, 18k limit at least).

Sadly I'm also fucked up with flu right now, so trying to write anything has been like getting blood out of a stone. Managed a page of gubbins before admitting that I wasn't really getting anywhere. Such a pain in the arse - obviously I want to get it written asap. I don't like to keep the client waiting after all.

On the flip side, even typing this hurts. Stupid aching immune system bollocks!

Lots of additions to the challenge of late! Keep checking that there thread (log-in required) for more delicious erotica.

With this month's Darknest Story challenge being the theme of [Corruption] I have completed my own entry!

Whilst this is possibly a little naughty, what with me running the challenge (there's no prize, so it's not exactly that bad...), I didn't think it would hurt. Last month's challenge was, in my opinion, a huge success and I'm hoping we can do better this month!

The story is called Medicine and it features the following tags (so if you don't like the sound of them...don't click it, eh?) - Original World, Elves, Incest, Bestiality, Corruption, Madness, Tugged-Aside Lingerie, Come, Tribbing
Which then brings me to the next thing on my agenda! I got made into a mod over at Darknest today. I'll be bringing as much life as I can to the role...providing I can figure out how to do that!

Thought for the Sunday.

It has occurred to me that I'm currently spending a lot more time writing smut than I am working on my novel. Clearly I am a poor and deprived author that I should swap doing one thing I love for...well, another.

But there's sort of a reason behind it. I'm trying to hammer out a lot of practice with erotica, mostly because I want to start seeing if I can flog some e-book variants of the damned things. I've got a ton of stuff that'd probably be more than suitable for the purpose given a thorough scrubbing and editing.

Well, what's holding me back from doing it?

Well! There's a couple of things. Firstly, there's the need for eye-catching artwork to serve as a cover and to seize attention when people are browsing through the reams of stuff out there. That costs money, and money I don't have. Worse still, if the stories don't sell, then I'm operating at a loss...which is kinda the opposite of what I want!

I also have issues with the art that I like. I'm really not a fan of 'cartoony' (Duh, see Mariya, Olesya and Vestae over there > ), which totally prices me out of the deal! Plus added to that is the possibility of the artist wanting royalties. Gah, I don't get all that stuff!

This of course leads into the second, probably larger, problem. I'm a natural born coward! The whole process if hugely intimidating to me. What if I'm not good enough? What if I don't sell? What do I do about pricing? What if I somehow fuck up?! I'm legendarily self-critical and have no real grasp of how good I am at this stuff or not. Thankfully I guess that the bar is set pretty low after shit like 50 Shades of Grey

Will I build up enough confidence to get on with it? Who knows! 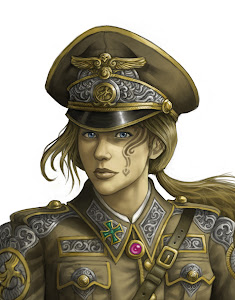 Our fiesty lead from...an as yet unnamed novel! 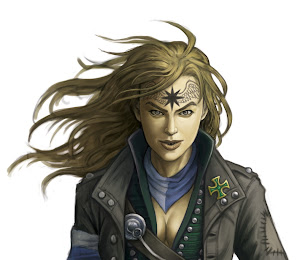 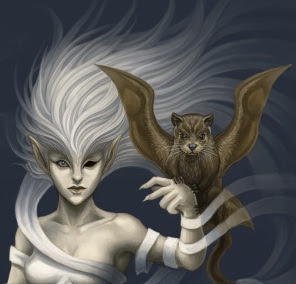 Vestae, bringer of life. The lone goddess of Urth 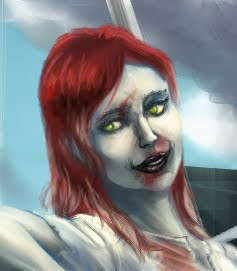 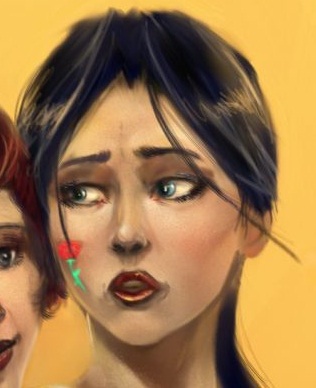 Phill
Perpetually stuck in London, although I hail from the fair vales of Lincolnshire (That's in the UK if you don't know and you're one of those foreign types!). I currently work as a researcher in a market research firm, but dearly wish I was a good enough author to make my living doing that instead